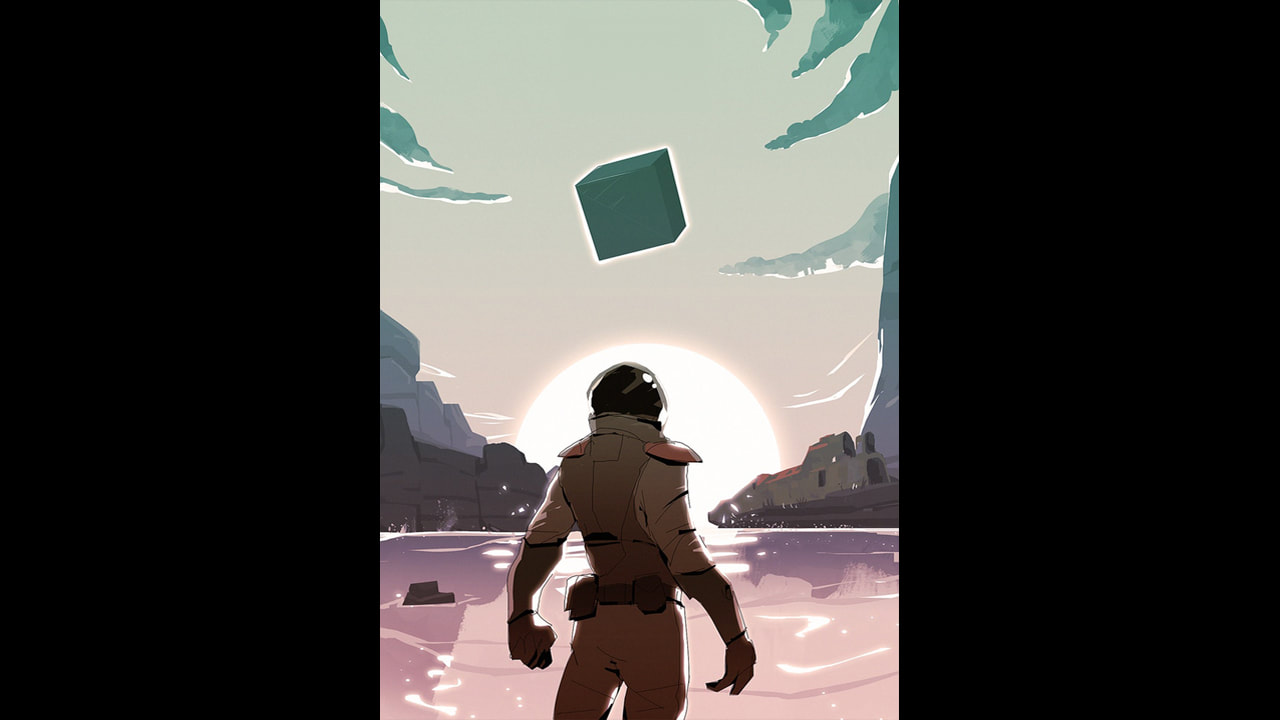 2012. A LOST ISLAND ON A FARAWAY MOON
"The CSE of planet Terra - equivalent to Earth’s NASA - received a distress signal from their moon. A Tongolian cosmonaut is sent into space to investigate. When he arrives at the destination, there is no distress beacon, there is no-one around, except for a mysterious Black Cube. He takes it and... is suddenly teleported onto an island, in a faraway world: a moon named Myha."

MYHA (Original Edition) was a free First Person Adventure game in prerendered 3D composed of 360° panoramic views, developed in 10 days during the Myst Game Jam (January 2016). Much later in November 2017, we revealed a new demo set in the same world, and made with Unreal Engine 4: with the help of our backers we funded our new project on Kickstarter and it became the starting point of a cooperation between Simon Mesnard (ASA, Catyph) and Denis Martin (RoonSehv).
MYHA: Return To The Lost Island was born and entirely recreated in Full3D with many new features!
"A loving homage to the Myst series, Myha: Return to the Lost Island has everything that characterized its iconic inspiration: lovely locales, a world of depth and complexity, and puzzles that will tax the little grey cells." – Richard Hoover, Adventure Gamers