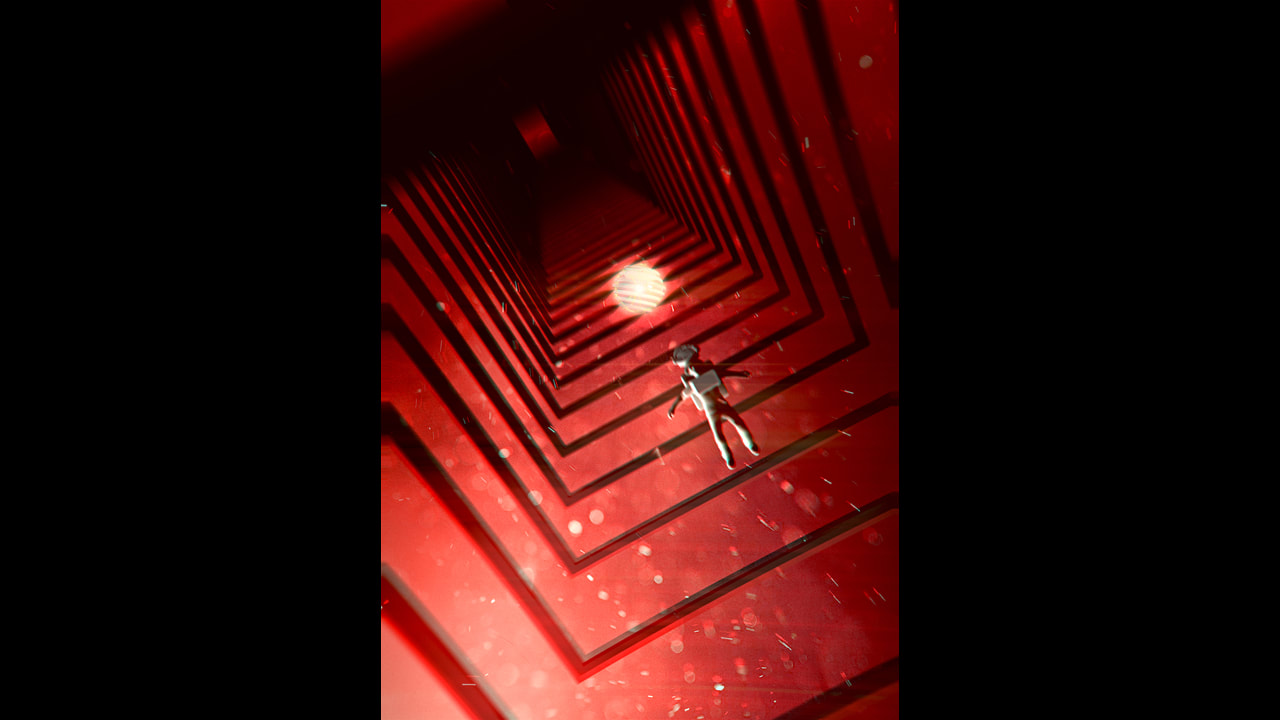 1961. TERRAN HUMANITY MUST PASS THE CUBES' FIRST TEST.
GET IT on FireFlower Games
"1961. The hero is Professor Dimarx, an archaeologist who thinks he made the discovery of the century on his planet, Terra, on the forbidden continent of Meridia. For posterity, he is followed by his long-time partner and friend, Gramuel Solus, who is in charge of filming this great event. On arriving at the ruins, they discover a chasm with stairs carved into the rock. Here and there, strange black crystals seem to indicate ancient volcanic activity. Dimarx is exalted by his discovery, and descends into the depths of the earth without precautions. He is as if called by an unknown force, and will discover the first Black Cube in the modern history of Terra. His mind is then like 'absorbed' inside..."

Kitrinos: Inside the Cube is a first-person sci-fi adventure game created in team in more or less 2 weeks during Adventure Jam 2018. It takes place in a retro geometrical world that can remind of old movies and polygonal games. The gameplay is frame by frame in prerendered 3D backgrounds with 360° panoramic views in HD and short animation cutscenes. The game was developed with the Clickteam Fusion engine. As usual it is recommended to play with a pen and paper to take notes and solve the puzzles.