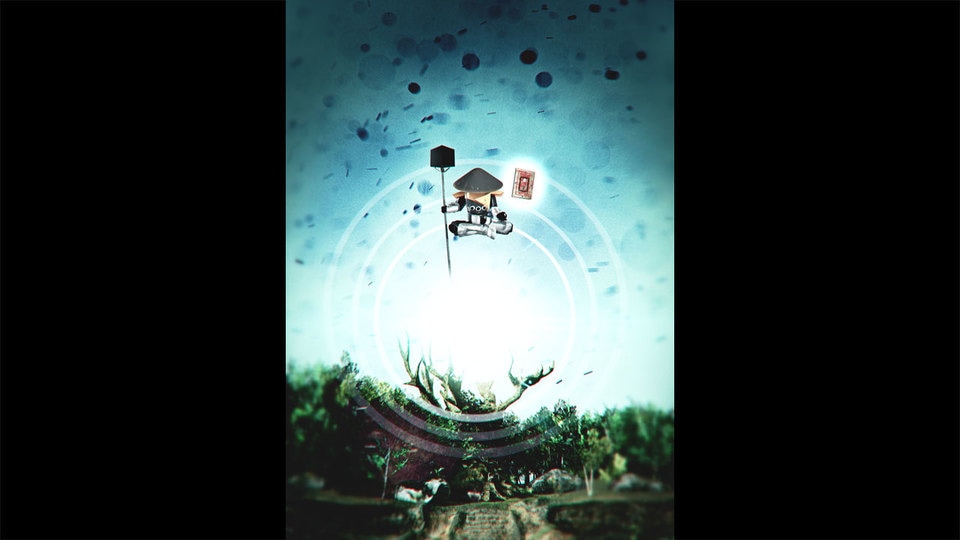 2066. AN EXILED TALIFAN HERMIT HAS LEFT A MYSTERIOUS CODEX FOR HIS FUTURE VISITORS.

"In 2062, the people of Terra discovered the Blue Matter System. With the help of this new technology, they decided to explore the galaxy in search for signs of intelligent life... One of these astronauts has been wandering through space during 4 years, and finally landed on a moon with no name, where a mysterious man used to live alone. Boïnihi was his name, and he was a solitary Talifan who had luckily survived to the terrible events of Day Zero, long, long ago..."

After the release of Catyph in May 2016, I was exhausted and I had decided to pause my work on ambitious Myst games, for an indefinite period, until I could renew some ideas and improve my skills. I explained this choice in a long message to my followers. However I had left a door opened, and said that I would sometimes work on shorter games in the genre, for the fun, just like I did in the past for the Myst Game Jam 2016 which gave birth to Myha. That is how I decided to create Boïnihi: it was initiated as a short and simple project to be developed in only 1 month of time, a very simple point and click with the good old Adventure Maker engine that was used for ASA before. But Boïnihi slowly started to grow. I was contacted by friends who wanted to get involved too (music, voice acting...), and week after week it became a much more ambitious project of game...